What all you need to know: Apache Hadoop is a highly flexible, reliable, and easy to scale framework that supports a wide range of hardware and software platforms. Hadoop follows a master-slave architecture design for distributed data processing and data storage. 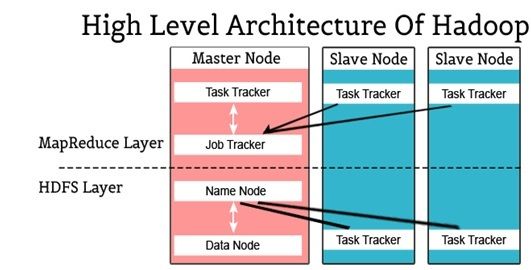 Hadoop Architecture - What all you need to know : Apache Hadoop is a technological breakthrough in the world of big data processing. It is an open-source framework deployed to store and process huge volumes of data. Instead of using a single computer to store and process data, Hadoop supports clustering of groups of computers to conduct quick analysis on massive datasets. In this blog, we are going to gain in-depth knowledge of Hadoop architecture and various concepts associated with it.

Hadoop Architecture Overview: Apache Hadoop is a highly flexible, reliable and easy to scale framework that supports a wide range of hardware and software platforms. Hadoop follows a master-slave architecture design for distributed data processing and data storage. Master nodes are responsible to manage resources and assign tasks to slave nodes. The Slave nodes perform the actual computing and store the real-data. Following are the 3 major components of Hadoop Architecture: 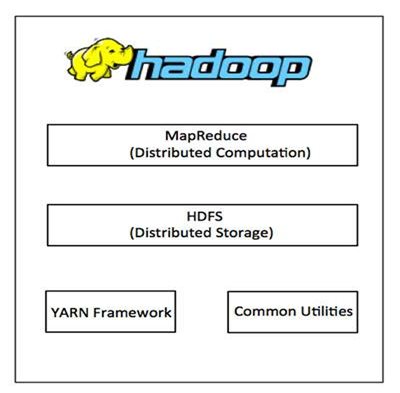 Let's discuss each component in detail:

1) HDFS: HDFS stands for Hadoop Distributed File System and it is one of the major components of Hadoop architecture. Features like high fault tolerance and flexibility to run on commodity hardware have set it apart from the other distributed file systems. HDFS acts as a storage place for large volumes of data and provides simple access to the data. It divides the data into small parts called blocks and stores them in a distributed manner. Hadoop File System was developed using a distributed file system design. Unlike other distributed systems, HDFS is highly fault-tolerant and can be used on commodity hardware. HDFS follows a master-slave approach and consists of the following elements:

a) Namenode It is commodity hardware which contains the NameNode software and GNU/Linux operating system. This software is highly flexible and can be used on commodity hardware. The Name Node also acts as the master server and executes the following tasks:

b) Datanode It is commodity hardware that contains the Datanode software and GNU/Linux operating system. Each node in the cluster consists of a data node and these nodes are responsible for managing the storage of their systems. Following are the operations performed by DataNode:

c) Block: In general, the user data is stored in the HDFS files. In the distributed file system each file is divided into one or more segments and stored on individual data nodes. Each file segment is considered as a block. The default size of a block is 128 MB, and the size can be modified as per the requirement by making appropriate changes in the HDFS configuration.

d) Replication Management: Replication plays an important role in improving the availability of data in all types of distributed systems. To enhance the fault tolerance HDFS uses a replication technique. Using this replication technique it makes multiple copies of the blocks and stores them on different nodes. The number of copies is decided by the replication factor. The default replication copies are 3 but we can configure the value based on the requirement. In order to maintain the replication factor in a balanced way, Namenode gathers the block report from each DataNode. Sometimes there may be chances where there is a block over-replication or under-replication, at such times the NameNode adds or eliminates replicas accordingly.

e) Rack Awareness The Rack in HDFS is defined as a physical collection of nodes in a Hadoop cluster. In general, we can have many racks in the production and each rack contains multiple DataNodes. To place the replicas in a distributed manner HDFS uses a rack awareness algorithm. The Rack Awareness algorithm provides high fault tolerance and low latency. 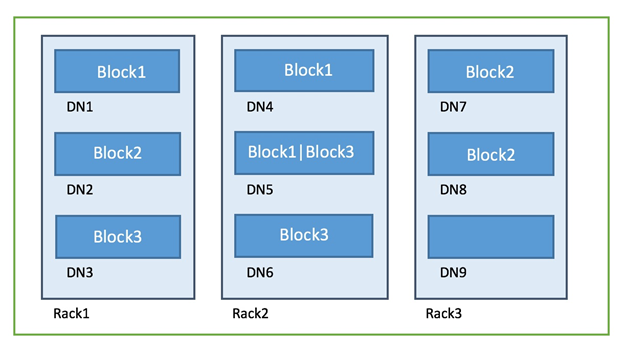 2) MapReduce: MapReduce is the software framework using which one can simply write applications to process huge volumes of data. It runs these applications parallelly on a cluster of commodity hardware in a fault-tolerant and reliable manner. The MapReduce algorithm consists of two essential tasks which are Map and Reduce. MapReduce job is associated with a number of Map and Reduce tasks. Each task works on a specific part of data and this procedure distributes the load across the cluster. The Map function performs tasks such as load, parse, transform and filter data. The output of the Map function becomes the input for the reduced tasks. Reduce tasks take the intermediate data from the map tasks and apply grouping and aggregation.

The Hadoop Distributed File System holds the input file of the MapReduce Job. The process to split the input file into input splits is decided by InputFormat. The Map task loads the input-split and runs on the node where the relevant data exists. MapReduce is divided into two major components which are Map and Reduce. Let's discuss each concept in detail and phases involved in them. Map Task: Following are the various phases available in Map task:

a) RecordReader: The MapReduce RecordReader converts the byte-oriented view of input into record-oriented view for mapper and reducer tasks for processing. It takes the responsibility to process record boundaries and presents the tasks with values and keys.

c) Combiner: A Combiner is also called a semi-reducer and it is an optional class. It receives the input from the Map class and transfers the output key-value to the Reducer class. The core function of the combiner is to aggregate the map output records with the same key. The Reducer task receives the output of the combiner as input over the network. The combiner function helps in compressing the large volumes of data to move over the network.

Following are the various phases available in reduce task:

a) Shuffle and Sort: The reducer task begins with the shuffle and sort phase. In this phase, the data written by partition will be downloaded into the machine where the reducer is running. This shuffle and sort step collect all the individual data pieces and make it as a large data set. The core task of the sort function is to gather all equivalent keys together. And this process makes the iteration far simple in the reduce task. The framework automatically handles everything and there is no chance for making customizations to this phase. The developer uses a comparator object to control the process of how keys get sorted and grouped.

b) Reduce: In this phase, the reducer task aggregates the key-value pairs. The framework passes the function key along with the iterator object which contains all the values related to that key. We can filter, aggregate and combine data in different ways by writing a reducer function. Once the execution process of the reduce function is over it gives zero or more key-value pairs to the output format. The reduce function works similar to map function and changes from job to job.

c) OutputFormat: This is the final step of MapReduce and it receives the key-value pair from the reducer phase & writes the same to the file using a record writer. Here the key and value are separated by default by a tab and the records are separated by a newline character. Here we have an option to make desired customizations and give a rich look to the OutputFormat. At the end of this phase, the final data gets written to the Hadoop Distributed File System.

3) YARN : YARN stands for Yet Another Resource Negotiator and it is one of the core components of Hadoop architecture. YARN helps Hadoop to run and process data for stream processing, batch processing, graph processing and interactive processing which are stored in HDFS. This is how YARN helps in processing various types of distributed applications other than MapReduce. The Core idea of YARN is to divide the resource management and job scheduling/monitoring into different daemons. YARN allocates the system's resources to the different applications running in a Hadoop cluster and also schedules tasks that need to be executed on different cluster nodes. In YARN we have a global resource manager and per-application ApplicationMaster. The YARN framework consists of two daemons which are NodeManager and ResourceManager. The ReosurceManager takes the responsibility to allocate the resources to the different running applications in the system. The NodeManager job is to monitor resource usage and report it to the ResourceManager. The resources include memory, CPU, disk, network, etc. 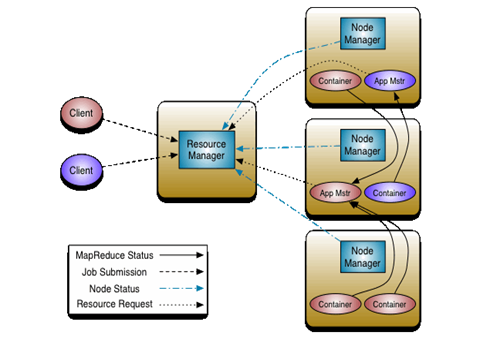 The Resource Manager consists of two important components which are:

a) Scheduler: The Scheduler allocates resources to various running applications based on the requirements. It only performs resource allocation tasks but does not look after or track the status of the application. It does not reschedule the tasks by taking software and hardware failovers into consideration.

Features of YARN: Following are the features which made the YARN popular:

b) Cluster Utilization: All the clusters are used in an optimized way because YARN helps Hadoop to use the clusters dynamically.

c) Compatibility: YARN is highly compatible and it can also be used with the Hadoop first version which is Hadoop 1.0.

d) Scalability: YARN is capable of scaling to thousands of nodes. The scalability of YARN is based on the ResourceManger and is proportional to the number of active applications, nodes, frequency of heartbeat and active containers.

Following are the simple rules to keep in mind while designing the Hadoop architecture:

Conclusion: With this, we have come to the end of this Hadoop architecture blog. In this blog, we have covered all the important aspects of HDFS, YARN & MapReduce. Hadoop's redundant storage structure makes it robust and fault-tolerant. The MapReduce framework works on the data locality and moves computation close to the data. Following best practises in designing the Hadoop's architecture would help in eliminating future issues. The design of Hadoop architecture makes it more scalable, efficient, and economical in the world of big data processing.